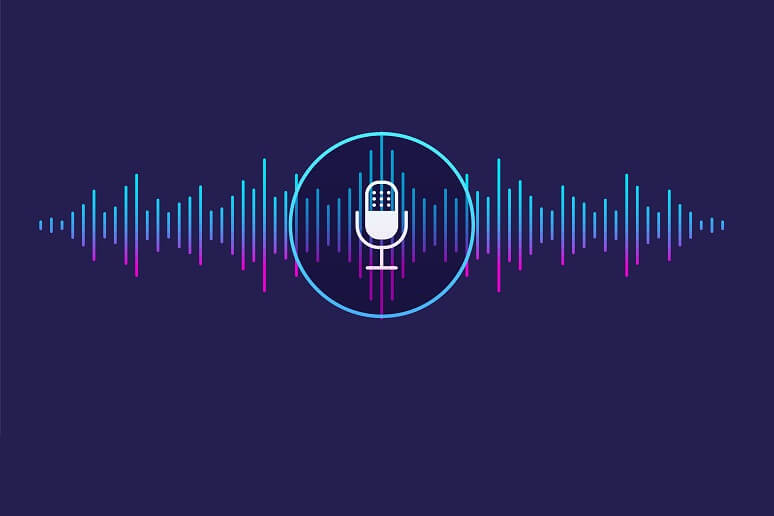 Why the New Age of Voice Will Create New Business Value

Telephony technology continues to iterate, yet voice remains foundational for conversations and provides immeasurable value to businesses by making communications clear and efficient. This remains as true today with the advent of voice over Internet protocol (VoIP) and mobility, as it did when fixed-line telephony was the only mode for conversations over distance. With VoIP, voice also becomes a data stream. This adds another layer of business value that goes beyond conversations. Voice-based data streams contain a wealth of intelligence that is now being unlocked with artificial intelligence (AI), and with that, the New Age of Voice is upon us.

The New Age of Voice Explained

Two key tenets characterize the New Age of Voice. First, voice remains our most natural, primal mode of communicating. Technology may advance endlessly, but until robots and smart sensors replace us, that reality isn’t going to change. Legacy telephony will eventually get replaced, but the utility of voice for person-to-person communication will be sustained.

The second tenet is the idea that voice is more than telephony – much more. It’s important to note that the roots of UCaaS are from the legacy telephony world, where premises-based, fixed-line phone systems defined voice communication for decades. As such, unified communications (UC)—and subsequently UCaaS—is telephony-centric by nature, so there will always be a strong association here with voice. As unified communications as a service (UCaaS) has become the platform of choice for businesses to support collaboration and drive productivity, a telephony-centric view of voice is too narrow.

Just as the cloud has enabled UCaaS, it’s also enabled the technologies that take voice beyond telephony. The value of voice is now being unlocked in areas like sentiment analysis and predictive analytics with recent advances in AI. New forms of business value are being created from voice-based communication. That new business value stems from the ability of AI to understand the context and intent of what is being said in these digital conversations – to the point where the conversational outcome after an AI and a human interaction is just as effective as when people are conversing in-person. With that, all forms of conversation can be fully tapped for their intelligence value in driving better decisions and business outcomes.

Together, these two tenets present a richer value proposition for voice; namely one that is infinite, where the communications pie becomes larger, and can happily coexist with video and messaging instead of competing with them. In fact, as these modes all become digital and AI-driven, the additive effect of using voice, video, and messaging creates new possibilities for more intelligent forms of communication.

Telephony – the Starting Point for Your Cloud Journey

Telephony remains foundational for enterprise communications and is a key starting point for evaluating a UCaaS provider. To realize the potential for the new age of voice, your cloud telephony capabilities must first be as good as your premises-based telephony, whether legacy PBX or IP PBX.

You cannot take the quality and reliability of cloud-based telephony for granted, and this goes beyond just supporting phone calls. Unlike the self-contained character of legacy telephony, modern communications needs must be defined by the ability of all modes to interwork seamlessly. This easy interworking of communication modes is the key benefit of having UCaaS.

To realize that benefit, cloud telephony must be business-grade – not just for voice conversations but also video interactions and real-time collaboration that involves content sharing, co-creation, whiteboarding, etc. If your cloud telephony service is sub-standard, you’ll never get full value for the bigger new-age capabilities that build upon it.

Setting this expectation is essential, not just because telephony is foundational for the new age of voice, but also because a majority of businesses have yet to embark on this cloud journey. Consider the trend data below over an eight-quarter timeline. Adoption of hosted UC is low in absolute terms – around 10% – and while growing, it’s increasing at an incremental pace (see graphic below).

The installed base of legacy, premises-based telephony remains substantial, and two implications arise from this. First, it’s still early days for cloud communications, so no one business has a definitive jump on the rest of its competitors. Conversely, by taking a forward-thinking view of cloud communications now, any business can become an early beneficiary of the new age of voice and differentiate its business from competitors.

Quality Matters for Telephony – A Lot

Now consider how the underlying technologies for cloud telephony – primarily VoIP – have evolved. To the point where businesses of all sizes – SMB, mid-market, large enterprise – should not have to compromise the high level of quality they have enjoyed for so long from their premises-based phone systems. There are many ways to define quality, but at minimum, you should consider three factors:

The main message for IT leaders planning for the cloud is don’t overlook the fundamental importance of having rock-solid telephony. Not all cloud providers are created equal for telephony, especially for highly distributed organizations, along with having a mobile-centric workforce . These scenarios are beyond what premises-based telephony systems can support and are prime drivers for cloud, which is natively built for these modern-day needs.

Tying Your Cloud Roadmap to the New Age of Voice

These considerations matter. Not only for migrating telephony to the cloud. But for what comes after. Cloud-based telephony is essential for any business, but it’s also the first building block for the new age of voice: Once telephony becomes cloud-based, it can seamlessly integrate with other communications applications, and that’s where the conversation moves to UCaaS.

With a solid foundation of cloud telephony in place, the step-up to UCaaS should be seamless. That, in turn, creates a readiness for an organization to take voice to the next level of becoming contextual and intelligent. In short, this next level will be AI-driven rather than telephony-driven, and the business value of voice will be based more on data applications than speech-based communication.

In this environment, telephony – and voice – become part of something bigger. While conventional telephony use cases will continue providing business value, UCaaS brings voice into an entirely new set of use cases, adding a new layer of business value .

While some of this new age of voice is aspirational, much of it is here and now—and needs to be in your current thinking strategy. The new forms of business value arising from this are far-ranging and require a separate analysis to properly articulate . Looking at how the cloud can move a business toward a digital future, the new age of voice should play a pivotal role. In this context, the collective impact of cloud telephony, UCaaS, and AI-driven voice provides a clear roadmap to support your business case for migrating to the cloud.