While this revenue decline came amidst difficult trading conditions because of the COVID-19 pandemic and lockdown, it is not unexpected.

Between 2016 and 2020, the company’s half-yearly operating revenue oscillated between R20.1 and R21.5 billion, without any significant upward movement.

This narrow band of operating revenue is proving to be Telkom CEO Sipho Maseko’s biggest headache.

Maseko has been hanging his hat on Telkom’s mobile division to increase revenue, but he has been unable to offset declines in other business units.

Mobile revenue increased from R7.1 billion to R9.5 billion, but this was not enough to result in revenue growth at Telkom.

With pressure from shareholders to see improved earnings in an environment of stagnant revenue, Maseko started to cut costs.

He also slashed their spending on fibre expansion through its network wholesale division Openserve.

According to the group’s results for the year ended March 2020, capital expenditure on fibre was R703 million, 42.2% less than the previous year’s R1.2 billion.

These cost-cutting measures had short-term financial benefits, but trying to “save yourself rich” is always a risky strategy.

It has resulted in declining service levels, and Telkom is now rapidly losing market share in areas which it used to dominate.

Its fixed-line subscriber numbers have halved since 2016 and it is now trailing Vumatel in the fibre-to-the-home market.

It has therefore relinquished fixed-telecoms markets where it had a dominant position in exchange for taking the fight to Vodacom and MTN in the mobile market.

Vodacom and MTN are tough competitors, and if this gamble does not pay off, Telkom will have far less resources to compete in the fixed market.

The charts below show how Telkom’s revenue, staff numbers, and fixed access lines changed over the last four years. 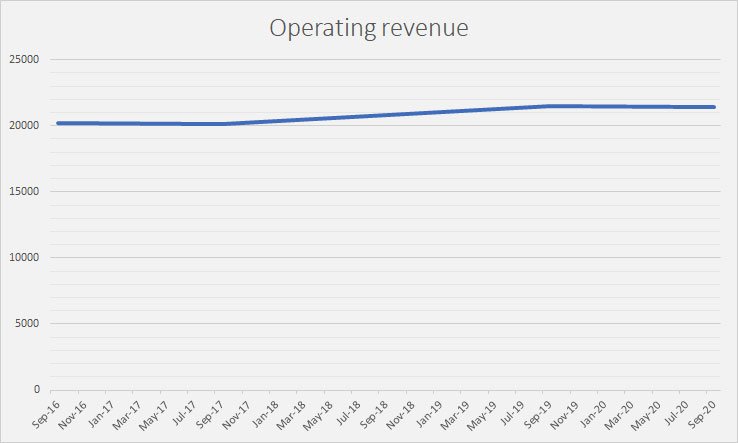