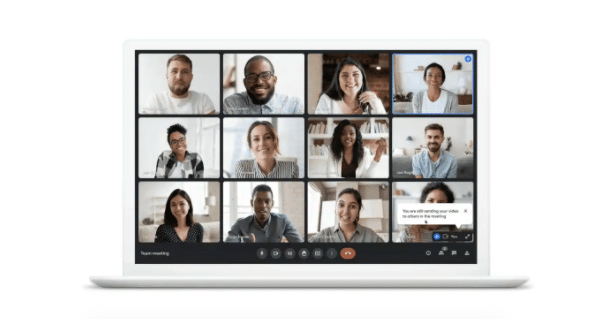 Soon, you can place Google Meet VoIP calls from Gmail

It appears that Google wants the Gmail app to do everything for Workspace users. Announcing new features, Google said that Gmail will receive a redesign to unmask its true identity as a central hub for every Google communication app. For starters, Google is adding the ability to “ring” Gmail users with Google Meet from within the Gmail app itself. Here are more details. In this article

Google Meet standalone app will get the feature too

Google said that when the new feature rolls out, the Gmail app will be capable of calling via VoIP (just like WhatsApp) and joining Google Meet meetings. Almost announcing duplicity in features, Google said that sometime soon, the standalone Google Meet app will also get the ability to place calls and users won’t be restricted to just group meetings.

Presently, Google generates URLs to invite users to Google Meet video calls. With the new “Google Meet calling” feature, users will be able to place calls without creating a meeting and sharing invite links for other participants. According to Google, this is a step to make “meetings more spontaneous.” First, the search giant will enable one-on-one calling on the Gmail app.

Users can answer calls from any connected device

Senior Director of Product Management at Google, Sanaz Ahari, explained that when a call is placed, the new feature will ring the other user’s device running the Gmail mobile app. Simultaneously, a call chip will be sent to the user’s computer so they can answer from any device. Google isn’t second-guessing using Gmail’s popularity to drive adoption for other services it offers.

9to5Google reported that participants can use the “video” and “phone” buttons to start the video or audio-only Meet calls, respectively. The Verge rightly observed that Gmail is transitioning into Google’s equivalent of Microsoft Outlook, a hub for several interconnected services. Now, Gmail’s original functionality is just one tab among four, rubbing shoulders with Chat, Spaces, and Meet.

Additionally, Google also announced an update regarding its upcoming Companion mode. This is a second-screen experience that will prevent embarrassing audio feedback loops. It could be rolled out to all customers in early November. Another feature benefiting Google Meet users is the support for live-translated captions. For starters, this will be available in English to French, German, Spanish, and Portuguese.