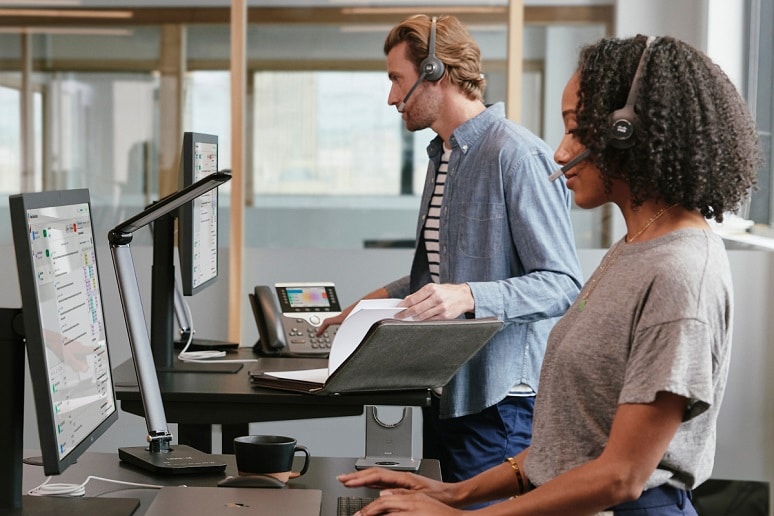 While some enterprises have back-burned voice for video communications, others continue to see it as an invaluable service for their organizations and are always on the lookout for enhancements, as Lorrissa Horton, VP and GM of Cisco’s Webex Calling and Online business, shared during a briefing on today’s Webex Calling announcement.

“We still don’t have anything that has both the urgency and the knowledge of being able to route to the right people” as the phone call, Horton said.

Not only does a cloud-based phone system simplify updating device firmware and patches, but it also provides the opportunity for centralized management of PSTN services. To that end, with an integration of Cloud Connected PSTN into Cisco’s Control Hub, admins can order and provision new numbers from the Control Hub, including non-Cisco PSTN services, Horton said.

Additionally, to better address the needs of its global customers, Cisco has added U.K. to its list of regions where Cisco Calling Plans is available, with Cloud Connected PSTN supporting domestic calling in more than 65 countries, Cisco shared in a press release.

Though cloud-based voice adoption has risen — Cisco having sold four million cloud calling seats — Horton acknowledged the changing role of voice communications. With cloud video, many knowledge workers might not need voice communications at the same levels that they did pre-pandemic, Horton said. However, for professionals in industries like manufacturing and healthcare, voice is a crucial tool, Horton added.

Additionally, voice “[is] not just about hearing each other anymore,” and we should see new capabilities brought into voice services, Horton said. For instance, users being able to start a whiteboarding session during a call, Horton explained.

The debate over voice comms will most likely continue in the enterprise, but the future for voice might not be as bleak as some would have you think. “There are a lot of assumptions made with …, ‘Oh, if I call you, it’ll be this audio-only experience,’ and we’re capable of doing so much more than that.”