3CX: Get your Hands on Update 7 Beta Available Today

Building on the release of Update 7 Alpha, the Beta is now available for you to try out. It includes some fixes as well as further improvements to the live chat feature. In more detail:

-Move of WordPress Live Chat on-premise chat servers to hosted. The on-premise option will be deprecated in the future.

-Improvements to the code generator.

We’ve also worked on the chat feature within the web client to include images/preview support for Linux instances. 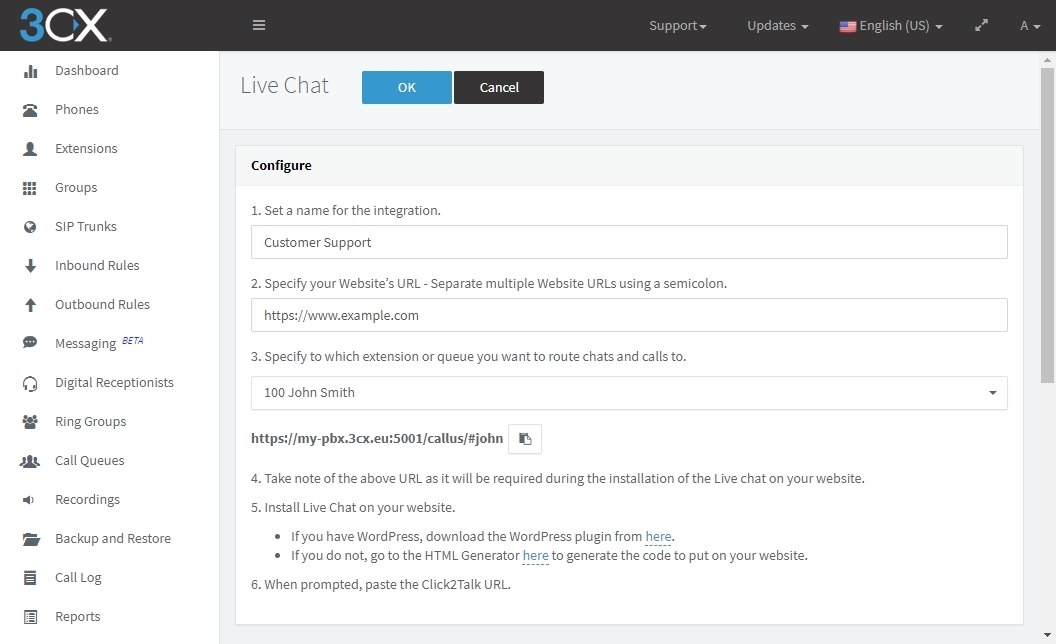 The Schedule Conference function in the Windows app is now easier with additional calendar types. What’s more we’ve made improvements across the board to bolster performance of webinar scheduling, web visitor calls, and other issues related to the scheduling of conferences.

-Added the ability to strip and prepend digits on Emergency Rules.

-Added FreshSales CRM template that uses API key instead of username and password.

If you are running 3CX v16 Update 6, click on “Updates” in the Management Console’s Dashboard. Follow the prompts to update and install the latest version on your PBX.

If you do not have Update 6 installed, download 3CX v16 on Debian 9 ISO or 3CX v16 Update 6 on Windows to install it, then proceed to the management console to update to U7 Beta as decribed above.

View the changelog for this version and give us your feedback via the community forum.